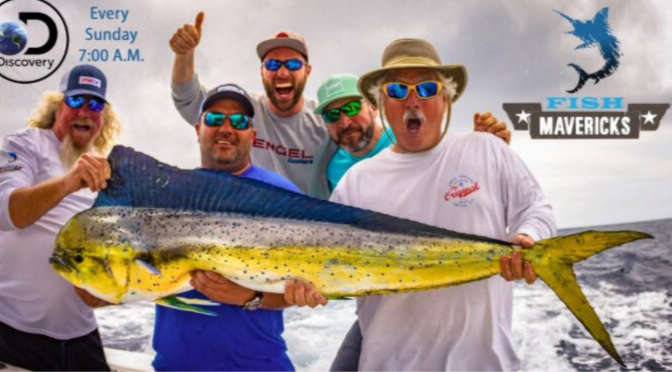 As a long-time TACO user, Captain Jerry explained that he was upgrading from the Grand Slam 280 Outrigger System with 15' Aluminum Tele-Outriggers to the Pro Series GS-500 Outrigger System with 20' Carbon Fiber Twist & Lock Tele-Outriggers. The new system, he said, enables his team to have a longer fishing spread and makes it so they can adjust the system entirely from the safety of the deck.

"It's going to prevent us from having to get up on the rail," said Captain Jerry.

One of the many features Captain Jerry said he liked about the GS-500 System was the 360º swivel collars and rollers on the Carbon Fiber Tele-Outriggers.

"They're very strong," he said. "They will allow you to pull dredge at good speed."

To install the new mounts, Captain Jerry and Jake first removed the Grand Slam 280 Outrigger Mounts from the hardtop. Because the GS-500 uses the same hole pattern as the GS-280, they didn't have to drill any new holes.

Captain Jerry applying a fresh bead of marine-grade sealant are the top base and bolt holes.

Captain Jerry and Jake sliding the Pro Series GS-500 base through the hole.

Captain Jerry adding a bead of marine-grade sealant around the base and bolt holes on the underside of the top before attaching the heavy-duty backing plate.

Next, they install the rotation handle to the base.

After the quick install, Jake tested the Pro Series GS-500 Mount by lifting and rotating the arm to various fishing positions.

Next, Captain Jerry and Jake got ready to install the 20' Carbon Fiber Twist & Lock Tele-Outriggers, which pair exclusively with the GS-500 and GS-1000 Electro-Hydraulic Outrigger Mount.

Captain Jerry demostrated how easy it is to attach the Tele-Outriggers to the mount because of the system's patent-pending Twist & Lock feature. Simply slide the butt of the Tele-Outrigger into the arm, push and twist to lock the poles in place.

Captain Jerry demonstrating how easy it is to install the Carbon Fiber Twist & Lock Handles into the arm of the GS-500.

"These are some kind of sweet," exclaimed Captain Jerry.

What makes the GS-500 Outrigger System unique is its ability to vertically lift and horizontally rotate the Tele-Outriggers from the safety of the deck, which Captain Jerry demonstrated.

"Here's the difference, look at me," said Jerry, standing atop the gunwale. "I'm up here now 'cause that's where I'm used to being."

"But now," he continued, as he stepped down into the deck, "we're just going to crank them up. Look at that. Look how they're going up. Isn't that nice?"

Captain Jerry adjusting the position of the Tele-Outriggers from the comfort and safety of the deck.

In true Fish Mavericks fashion, after installing the Pro Series GS-500 Outrigger Systems, Captain Jerry tucked into a can of Vienna sausages.

From all of us TACO Marine, welcome to team, Fish Mavericks! Thanks for making such an informational and entertaining video. Watch the entire video below.