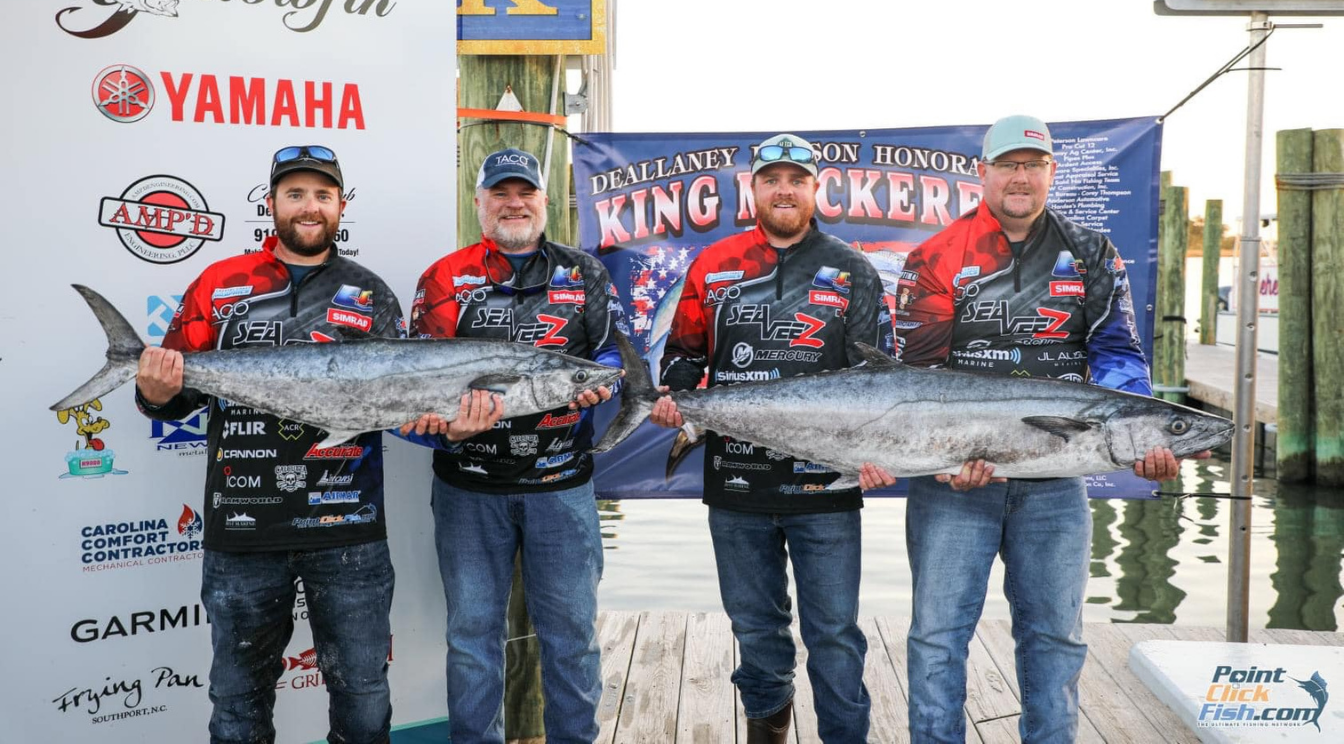 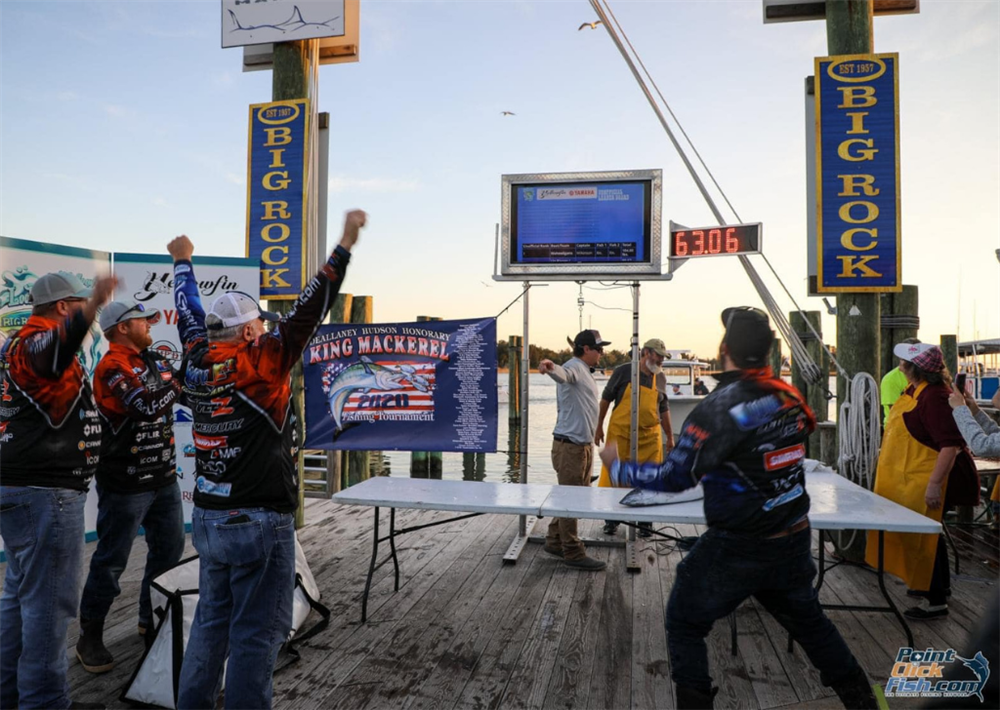 The Liquid Fire Fishing Team celebrating the moment their King Mackerel was weighed, which came in officially at 63.05 pounds. 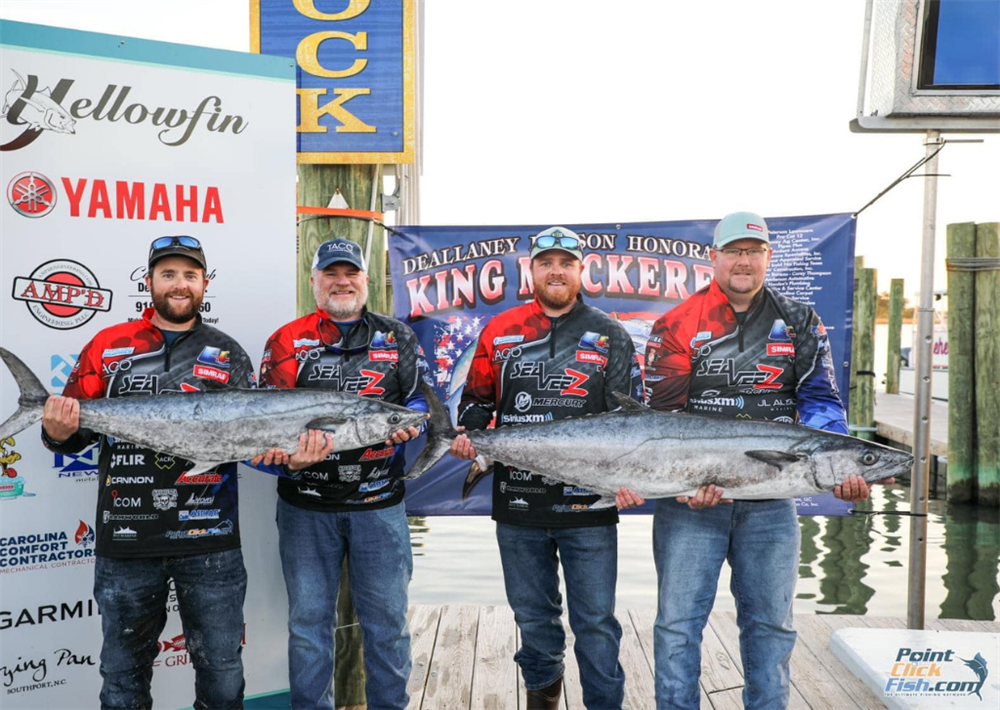 From left is Crockett, Mark, Joshua and Chris, who make up the Liquid Fire Fishing Team.

With Captain Mark Henderson at the helm, his son Crockett reeled in the 63.05-pound King Mackerel, at which time his older son Joshua gaffed the fish into the boat. Teammate and brother-in-law Chris Waters documented the battle for the team to secure 1st place for the biggest fish during the North Carolina-based tournament. 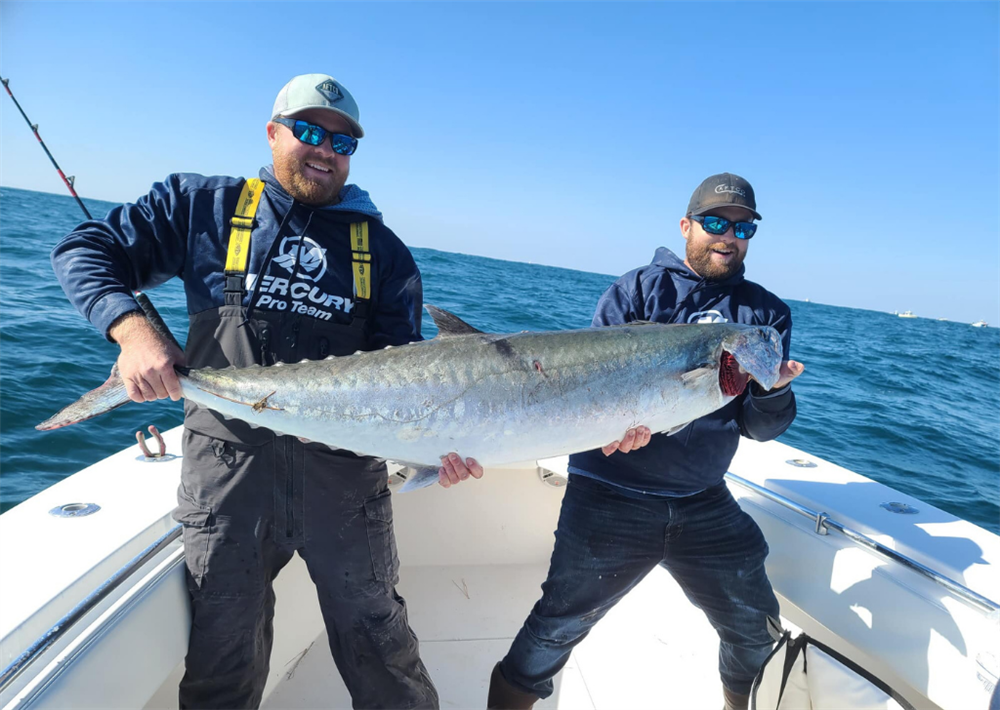 "We knew it was the largest king we ever boated," said Mark. "We've had a couple of others that were that size we lost at gaff, but those are just fish stories.  When Joshua pulled this fish over the gunnel, we knew it may be the fish of a lifetime. Needless to say, the level of anxiousness watching the fish come to gaff turned to pure exhilarating excitement. It was a very special day for our family."

Mark Henderson hugs his mom, Sue, during the championship.

Coming up, Liquid Fire is slated to compete in the Capt. Roger's Wahoo Challenge, which begins November 27th. Stayed tuned for more action from the Liquid Fire Fishing Team!